Making use of behavioural insights when it comes to understanding people’s incentives. 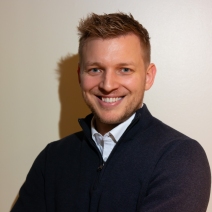 Why did you choose to study ECON at UZH?
The department in Zurich allowed me to strike the best balance between getting a PhD at a great department and living the personal life I wanted. A crucial moment in the decision-making process was when I got to visit the department. I was already fairly sure that I’d like to focus on micro theory and the group of people I met was so welcoming. After that encouraging experience it was a no brainer really.

What is your best memory of your time as an ECON UZH student?
There’s many things that come to mind and I’d like to highlight three things. First, a great group of students from older cohorts had initiated the Zurich Workshop in Economics. Essentially, the department gave us students funding to organize a 3-day conference where we got to invite speakers and then run the show. Second, the weekly micro seminars and especially the reception and dinner which followed it. As students we got to join fully and had the chance to interact with speakers for a long time and also in informal settings. You really got to know the people and several times this resulted in the student eventually visiting the speaker’s university! Last but definitely not least were the lunches in the micro corner. The students, postdocs and professors had lunch together almost every day and we had discussions about pretty much everything. Often somebody would open with “So I had an idea…” and the lunch might then last quite a bit longer than usual.

What was your professional path from graduating from the ECON Department to your current position?
Given my personal situation I decided to look for a job in Switzerland. Realising that this would drastically reduce the number of potential jobs in academia I opened up the radar to the private sector. A friend then recommended to join Baloise, a European insurance player based in Basel. The industry was (and still is) in the middle of a big transformation. I started in the Group Strategy & Digital Transformation Team and got to work on and lead projects ranging from M&A and innovation to strategy. I really enjoyed the scope and the steep learning curve I found myself on in a fantastic team. After three years in that team I’ve just taken up a new role as Head Sales Development Switzerland.

Which skills, which you have learned during your time at the ECON Department, have brought you the most professional progress and how do you use your studies today?
The presentation skills are very valuable. How do you articulate a complex problem to someone who’s not intimately familiar with it? The ability to think analytically and take a systemic view also comes in handy very often. Given that my thesis eventually focused on behavioural theory, I can also regularly make use of behavioural insights when it comes to understanding people’s incentives.

What would you have wished for when you were a student at the department that did not exist back then
One thought, which I probably did not have yet back then, is the wider use of digital technologies to collaborate with people from abroad. A virtual conference or workshops are not the same as a physical one, but I am convinced that it still generates a lot of value. So why not push this form of collaboration with researchers around the globe? Perhaps the Corona crisis is paving the wave for this or it had already started, but at my time this was not really being used.

What are your future plans?
I’m excited to take on the new role as Head Sales Development at Baloise and once more embark on a learning journey. Moreover, I’d like to try to return to academia as a part-time lecturer or so. I already got to teach a class in Basel in 2018 and it made me realized how I missed it.

Jean-Michel Benkert, PhD in Economics, 2017
Get in touch