hosted by the UBS Center for Economics in Society 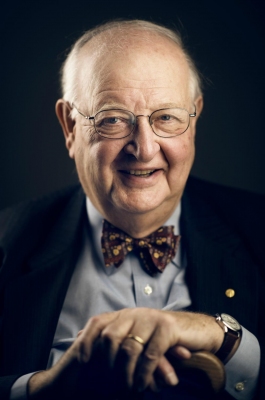 Professor Angus Deaton believes that today’s inequalities are signs that democratic capitalism is under threat, not only in the US, where the storm clouds are darkest, but in much of the rich world, where one or more of politics, economics, and health are changing in worrisome ways. “But we need to think about repairs for democratic capitalism, either by fixing what is broken, or by making changes to head off the threats,” he stresses. Drawing on his most recent research, Deaton will reflect on whether and how the flaws of capitalism can be addressed to help build a more prosperous and just world.

Sir Angus Deaton is Senior Scholar and Professor Emeritus at Princeton University and Presidential Professor of Economics at USC. His interests span domestic and international issues and include health, happiness, development, poverty, inequality, and how to best collect and interpret evidence for policy. In 2015, he received the Sveriges Riksbank Prize in Economic Sciences in Memory of Alfred Nobel “for his analysis of consumption, poverty, and welfare.”

This session is supported by the Centre for Economic Policy Research (CEPR).